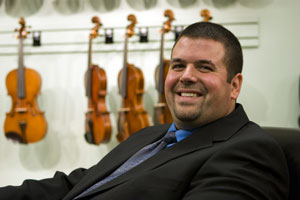 My name is John Rihani and I would like to take this opportunity to tell you why I am so excited about Encore Orchestral Strings. I can still clearly remember buying my first good cello with my parents when I lived in North Carolina. It was an exciting, thrilling, scary, and confusing experience. There were so many choices, so much conflicting information, and so many opinions. We were lucky to receive good advice from a shop we trusted and purchased a wonderful instrument.

Encore exists so that the process of choosing an instrument is relaxed, enjoyable, and fun. When you come to Encore and talk to me you can be sure you are getting honest information from someone who has been in your position before..

I invite you to visit me at the store and experience Encore for yourself. 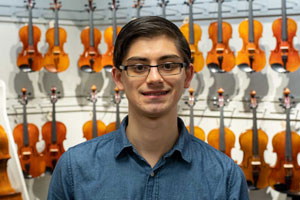 Hi, my name is Rigo Barrozo and I graduated from Indiana State University in 2019 with a B.S. in Music Business.  After serving an internship at Paige’s, I joined the retail sales staff and in 2021, joined the Encore team.  I started playing cello in 6th grade, and have recently taken up electric bass.  I enjoy helping each student find their perfect instrument in a relaxed, no pressure environment.  Upgrading your instrument can be a big and overwhelming decision, but our goal at Encore is to make as easy as possible for you.  Please feel free to come in with any questions, or give us a call or email! 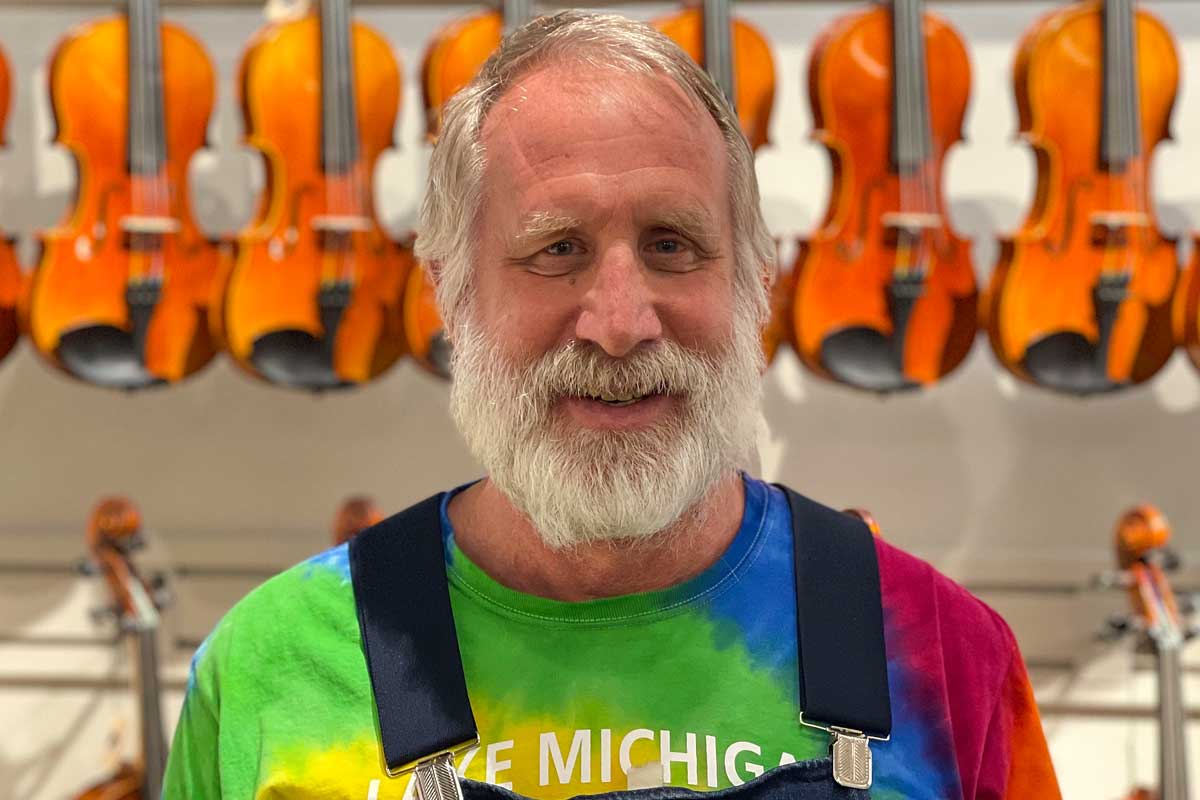 Tom May has been repairing violin family instruments professionally in the violin shop of Paige’s music since 1985 and now is honored to repair for Encore Orchestral Strings as well. Tom received a Bachelor of Science in Music and Stringed Instrument Repair Technology degree from Indiana University in the spring of 1985. In addition to his degree, he received training in bow making from the University of New Hampshire and in stringed instrument repair in the shop of Peter Horn and Son. Outside of his repair career, Tom enjoys playing the bass and guitar, writing and arranging music and song leading in his church. 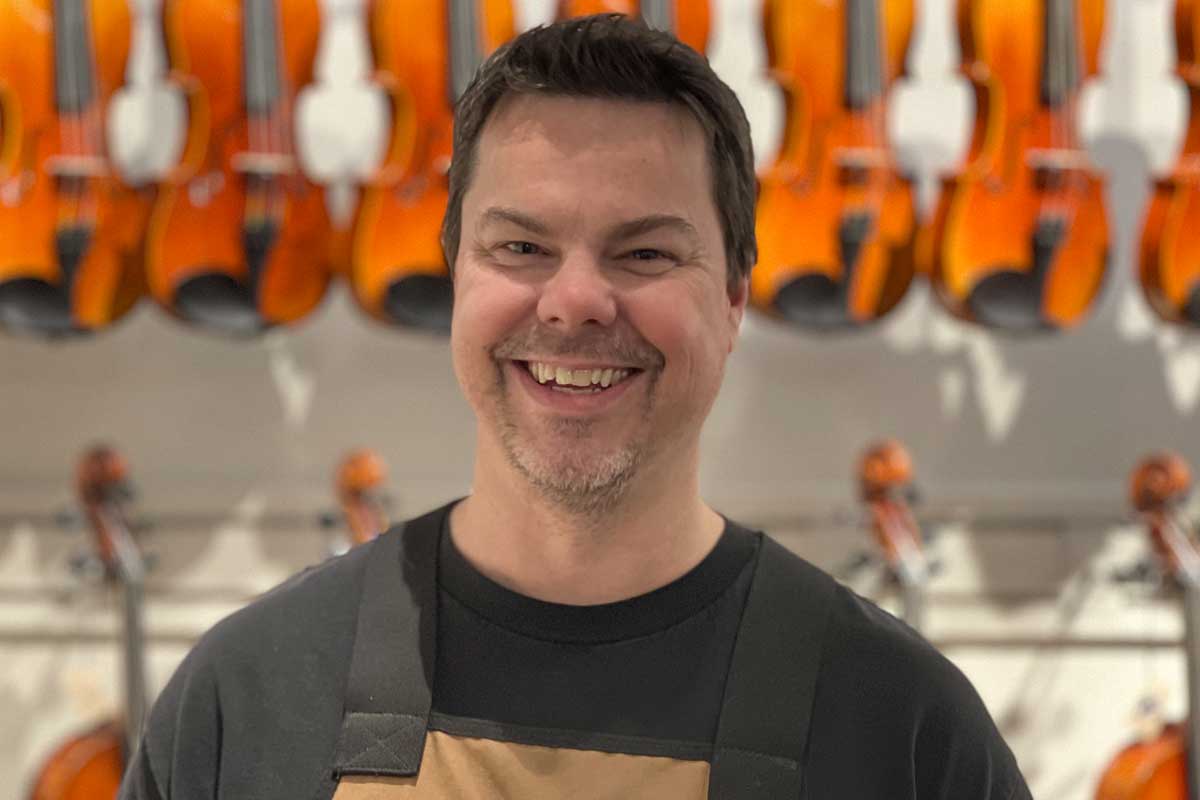 Ben Parrott graduated from Indiana University School of Music in 1999 with an A.S. in String Instrument Technology. He then worked in Philadelphia at Paul Stevens Violins until 2000. After moving back to Indiana, he worked for Casa Del Sol Violins until he started working for himself as a full time violin maker in 2001.  He enjoys helping an instrument play to its full potential which also “helps the player reach their musical goals.”  Ben enjoys playing classical guitar, violin and a small amount of cello. 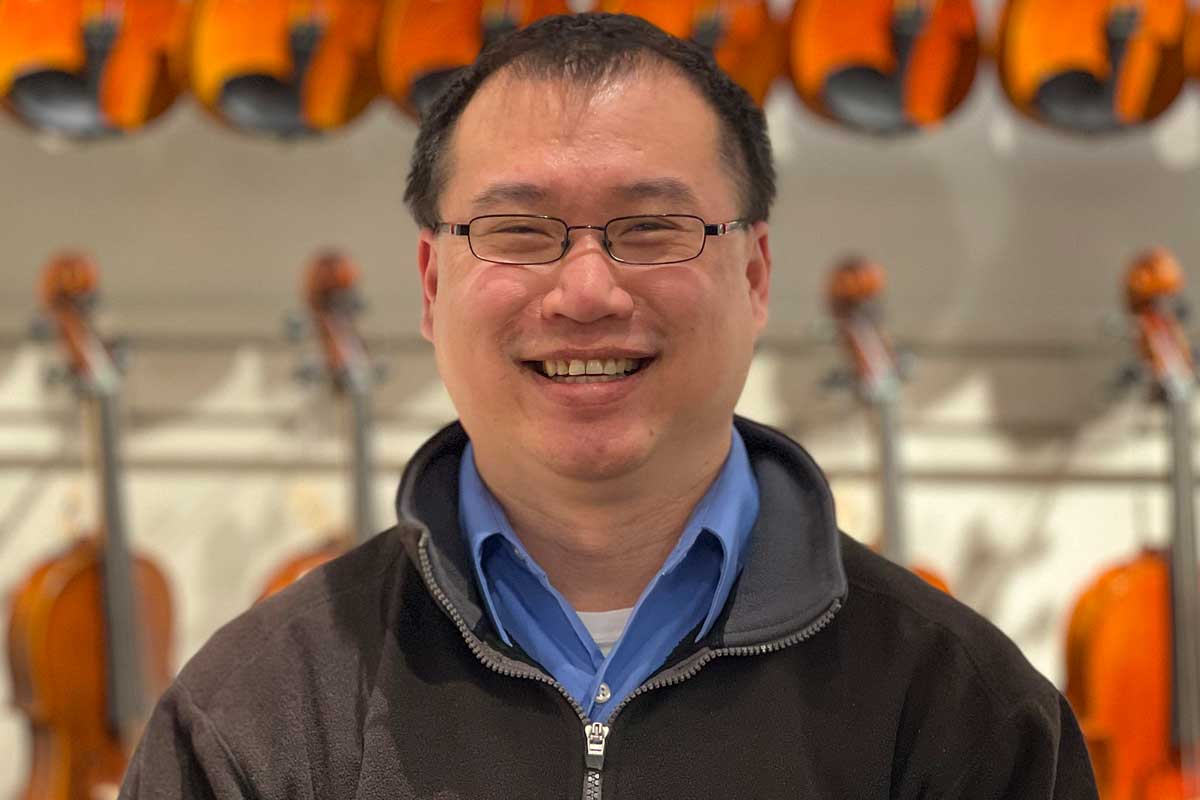 James grew up in Indianapolis and attended Indiana University where he received and AS in String Instrument Technology and BS in Biology with a Chemistry minor.  His main instrument is viola, but also plays violin and a little bit of cello. 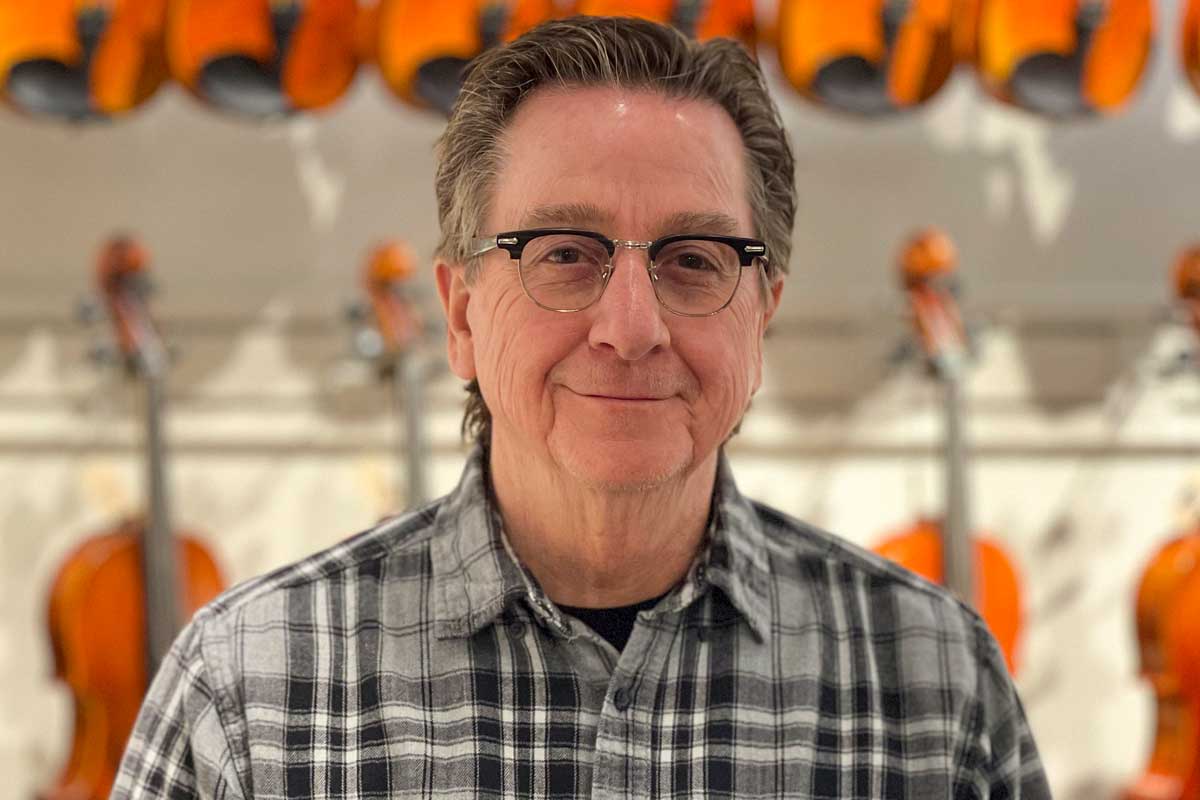 Fred Withrow’s introduction to music was inevitable. His father was a band director and a fine trumpet player. “He received his bachelor’s degree from Ball State University and his PHD from Indiana University. I have actually played gigs with some of his classmates from Ball State and they have told me he was something of a legend there for years after graduation. He went on to teach in Elkhart, Phoenix, South Bend, at Interlochen and the University of Michigan, wrapping up his career in San Diego. My mother was studying to be a concert pianist when they met and would accompany my father on recitals. My older brother, Sam, is a fine percussionist and still my favorite drummer to work with. My parents gave me the music genes, but it was Sam who encouraged me to learn to play the bass.

Fred started playing electric bass at age 12, playing along with records (mostly rock and soul) for hours on end. He played electric bass in high school jazz band and, at 17 and a senior, decided that the double bass was the sound for jazz. “I borrowed an old Kay bass from the school and started taking lessons from Eugene Crouse, who was principal bassist in the South Bend Symphony. As it would happen, he was also a fine string instrument repairman. So, as he prepared me for college auditions, we would also chat about repairing violins and such. I actually had a short apprenticeship with him one summer after my spring term at ISU. Unfortunately, he passed away late that summer. But the ground work for me had been laid and I never lost the interest in either music or repairing string instruments. I have been a professional bassist for 40 years and have more recently pursued string repair as a supplemental vocation. It was inevitable.